The NFL is played with 2 conferences, the American Football Conference and the National Football Conference. Each conference has 4 divisions with 4 teams. The regular season only last 17 weeks, where each team plays 16 games. Due to physical nature of the game, they only play one game per week and the games take place mainly on Sunday. Each team has a week off (bye week) during the regular season. There are also games played in London, U.K., during the 2017/2018 seasons there will be 4 games played.

For NFL betting, the most popular bets are spread bets, here you bet that the team will win by more than a certain amount of points.

Key information is injuries and where they are playing, as 4 games will be played in London, U.K. this season, as well as weather. There are only 16 games played during the season, but it is a game very prone to injuries, so you need to know who is out and who is playing. Also one team will have one rest week during the season, so they are more rested and are more likely to have recovered players.

Then you have over/under where it doesn’t matter which team wins, only what the combined total points is, this includes overtime, so make sure to take that into account.

Then you have your moneyline bets, where you bet which team will win, regardless of how many points they win by. This also includes overtime, so it is the winner at the end of the match.

You can also bet which team will win the division, the conference or the outright winner, i.e. win the superbowl.

One exciting bet is what Nitrogensports offer and that is you bet every week, which team will win, but you can’t take same team more than once. You stay in the pool if you are correct and fall out if you miss, the ones that are left at the end of the season split the winnings.

Good sportsbooks for NFL betting are:

Bet365 which has an amazing sportsbook that is very fast for loading pages and easy to use. They also have cash out functions if you want to get money for your bet before the game is finished.

NitrogenSports-With Nitrogensports you have the advantage that you deposit and play with bitcoin, so you transfer the money easily and for free. If Bitcoin continues to increase in value you could win more in the increase than you might on your sports betting. However Bitcoin can be volatile, so you could also loose on it. 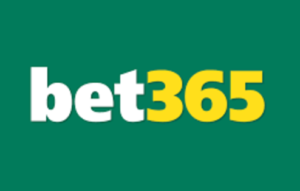